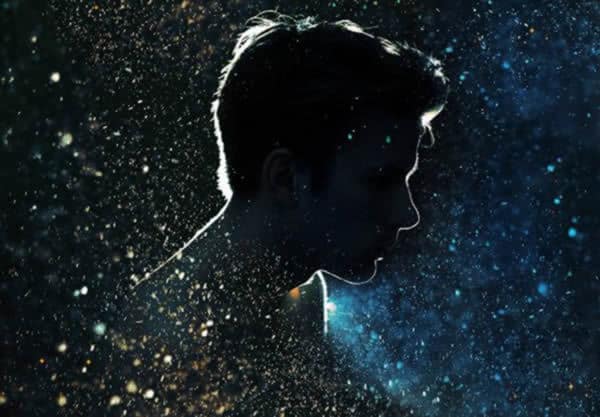 Watch the divine masculine go–in more ways than one! As we head into September, we are seeing or about to see some real shifts in the divine masculine as they focus more on finding their voice. Speaking their truth becomes the most important thing now. The Universe has pushed down on them so hard, many are dealing with patriarchal mother energy, from either their actual mothers, mother-like karmic partners (or both), and/or programs that have created co-dependency in the masculine for eons of time. These subverted programs have been running through the patriarchal matrix and are really just surfacing for the awakened to see. The main belief is that the maculine needs a woman to be complete. But because that belief system is so contrary to the Truth. The divine feminine has been exploring this belief system and releasing on it so heavily. The masculine is now experiencing whatever he needs to ensure that he breaks out of the old programming.

It’s as if the divine masculine has been gifted with the Sacred Pressure Cooker to face what they need to get themselves UNSTUCK from that old, unhelpful programming. They are experiencing this pressure for a good reason because it is only a matter of time and they will no longer be able to hold their tongue. They will absolutely have to speak their truth and “say it like it is.” If it has not happened yet, IT WILL.

The masculine who are very strong in their beliefs will hold out until the very last second. And, they can thank the pressure of their soul/mate karmic partners for the role they are playing in pushing those buttons. Some of the divine masculine who are not as “strong” have already let the rockets of truth fly. Those that have are now in a position of TRUE strength because they will control their own destinies.

On that note, so many of divine masculine have already left their karmic partners because they just could not take it anymore. However, most are still of the mindset that they must find another partner. And, they seek with all their might for the relationship they know exists. They do not yet understand, however, that they must still learn what the divine feminine has already learned–that there is no need for another person to be whole. And, until one learns to be whole within themselves, the sacred partnership they long for is out of reach. It will not, cannot, happen. They will continue down the path of chasing the illusion of “romantic partnership” over and over again without success. That is because the Universe will no longer support that type of relationship. You MUST be whole in order to experience the depth of connection that people are seeking.

So the divine masculine admits to those he can confide in that he wishes and desires for more connection. But he does not always see that truth that he is counting on partnering with another to make him complete. And, at the same time, the divine masculine creates his own situations of separation because he has not yet released those programs inside that created the old templated relationships in the first place.

So many masculine admit now that their greatest fear is being stuck, trapped or weighed down. And yet, on the other hand, many still stay in their situations creating their own prisons. And the ones willing to step away are still running programs that they came in with, choosing again chase the unattainable to ensure that they do not work. This is because they still carry programs that will allow them to again become stuck. It is time for this programming to GO.

For the past several months there has been a change in the relationship dynamic it seems. As the divine feminine has risen in her self-love and her need to expand and stand in her truth, she has had less patience with the divine masculine in general who seemed to be trudging along, allowing their lives to be run by the old program that they need a woman. This old program is showing up as a need to have someone to “date” OR as a woman who needs him in some way.

Many of those masculine who are still running that program are avidly pursuing the awakened feminine, which seems quite attractive to the masculine as she is in her own power. Traditionally men enjoy a challenge, so it makes sense that they would pursue the awakened feminine who is, in general, truly not interested at the moment.  This is acting as a catalyst for those men to wake up and realize that they need to find their own completion and come into wholeness before any sacred partnerships can be formed. Each time the awakening divine masculine tips their hand that they wished to create a third-dimensional template with the awakened, divine feminine, it is very disappointing to both for different reasons. He is waiting a a sacred partnership (while not ready) and she has been so waiting for her divine masculine counterpart to show up.

Sadly, so long as the divine masculine seeks outside himself for love, it will not be time for the potential sacred unions. For the divine feminine with whom he sets his focus lets him know: There is no room in her life for the old relationship template. She has witnessed those who are still insisting on settling for that old template, but she cannot. She cannot go back. She wants NONE of it. If a relationship involves dependency and holding each other back, it is repulsive to her. She cannot tolerate two people being so reliant on each other because there is no room for freedom. And the divine feminine KNOWS that freedom is part of wholeness. She who has awakened knows this and she does not WANT that kind of arrangement anymore. In fact, it makes her feel trapped and uncomfortable. So, in this vein, many of the divine masculine has seen clearly that the old relationship template is not going forward with the awakened woman ever again. And it was hard from him to see. Thankfully, he created his Universe to change this belief system.

They are truly beginning to understand what it is like to get no freedom. To not be able to be alone for even five minutes. No freedom to do what they wish to do. Trapped, like the divine feminine has been. And, no matter what the situation the Univere is handing them, the divine masculine is being held down in a myriad of ways for a reason. They MUST see the need for them to step into their own power in their lives. And they WILL get to a point where they will absolutely NEED to speak their truth. And once they realize the Truth of their situation, they will be FORCED to deal with it to get themselves UNSTUCK. That will mean drawing boundaries, speaking their truth again and again, and simply becoming aware of their decision to no longer participate in the patterns any more.

That is the blessing of the situations the divine masculine finds himself. And if you are the awakening divine feminine and have a twin flame or other sacred partner who is going through this, you must find the blessing in your current situation of separation. No matter how much in union you are, you will find yourselves in some form of separation until the divine masculine works all this out. They must get to a point where they will wake a realize that they have not been focused on their own spiritual path. They have been showing up in the patriarchal masculine way for the patriarchal feminine in ways that do NOT advance either person. And once they do, once they get to a point where they have had ENOUGH. They will say, “I cannot do this anymore!” They will know they must control their OWN life.

It is at that point, that the karmic/soul mate who has so lovingly played the role of the patriarchal feminine will be freed up to move onto their own paths. For so long as the divine masculine feel they need to save someone or need a woman to feel complete, whichever the case may be, the soul mate who teamed up with him to play this role is trapped. She so desparately wishes to be FREE. She also desparately knows in her heart that this is not the way it should be. And she also wishes to taste having the power to create her own reality outside of the 3rd dimensional templates. THIS is what the divine masculine does not SEE. He does not understand that his freedom is HER freedom. But, so long as he thinks he needs that connection for whatever reason, he must by the very nature of his ability to create his reality, create a situation whereby she needs him.

This is the importance of the shift that MUST happen with the divine masculine at this time. And, he WILL face his need for freedom, or die resisting it. The saying is very true, “resist one thing and you resist everything.” The biggest shift that needs to take place at this time is that the divine masculine must stop resisting clearing this old belief systems that tie him into the karmic realm of family and the mother. That form of partnership and relationship was one created during this past time of world control and patriarchal energy. The new sacred relationship contains none of those qualities or characteristics. And the divine feminine is actually partnering with the “patriarchal mother energy” to show the contrast.

For the divine feminine counterpart has made it clear that she is done playing the “needy” game and knows the old relationship template trapped her. Having seen it so clearly there is no going back. And as such, she is sharing her newly found creative expression and living joyously in new levels of mastery. And FREEDOM! There is, in fact, finally a great support system existing between many of the divine feminine right now while patiently awaiting with confidence that the divine masculine will make the Shift in it’s totality. Looking at it all from the Highest Perspective, there can be nothing less for such is the reason we came here at this time. We knew the potentials to shift the planet, and it was going to be shifted by raising the vibrations of the planet. It could not be done any other way. And in that vibration, there is no place for being stuck. By very definition, the SHIFT is FREEDOM at the highest levels. The Universe is going to see to it that the Divine Masculine can no longer resist FREEDOM.

September will continue to drive this process forward and there is every indication that something is big is about to happen overall! The balance between the feminine and masculine MUST happen on a accelerated level as the collective begins to move more and more into wholeness. We are here in legions. We will not fail! And so it is.

24 Comments on “September Shifts for the Divine Masculine”